Welcome to Leh, the capital of Ladakh and the second largest district in the city. Being one of the most visited destinations in Ladakh, the region is known for its sky deserts and Buddhist monasteries. Our journey begins at Leh airport. Transport to and from the airport is included in the fee. Incase you do not want to avail our pickup, you can make your own arrangements. Participants are picked up from the airport and taken to the accommodation arranged by us which is an ‘A’ class hotel that includes dinner and breakfast. The first day is all about acclimatization. We encourage participants to move around the town and take their time to acclimatize.

We continue to acclimatize and explore Leh. Be sure to eat a lot of food and keep yourself hydrated in order to avoid headaches and nausea due to the altitude. We also take this time to explore the old town and its famous winding alleys that lead to old mud-brick Ladakhi houses and eroded chortens. The Leh Palace, which was the former kingdom of Leh, is a famous attraction in the area. It provides spectacular views of Stok Kangri and the Ladakh mountain range. Presently, the rundown structure is being maintained by the “Archeological Survey Of India”. There are paintings dating back almost 450 years, of which some were made using colours derived from powdered stones and gems. These paintings still look as grand as they did in their prime years. Another famous attraction that we take a short trip towards is Shanti Stupa. It is a bit higher than the Leh town and hence makes for a good acclimatization exercise. This white-coloured dome structure was built as a peace sect to commemorate the completion of 2500 years of Buddhism and for the promotion of world peace. Once you are back in your hotel after a relaxed 2 days, gear up for an adventurous Day 3.

Once we check out from the hotel, we make our way to some of the well-known monasteries in the region. Some of them are quite cut off and are not easily accessible. These monasteries are also schools for young monks to stay and practice Buddhism and learn about their culture. There are a lot of Gurus who teach in these monasteries. Each Guru has a special place in each of the monasteries. Our first destination is Thiksey monastery. Located at an altitude of 11,800 ft. in the Indus Valley, the twelve-storey structure houses several stupas, statues, thangkas, wall paintings and swords. The structure also houses 10 temples, an assembly hall and residences for 120 monks. The main attraction, however, is the Maitreya Temple that was built to commemorate the 14th Dalai Lama’s visit to the monastery in 1970. Our next stop is the famous Hemis Monastery. This is the largest Tibetan monastery in the region of Ladakh and one of the most visited. It is said to have been established in the 11th century and re-established in the 17th century. The annual Hemis festival takes place every year in the month of June. There are nearly 1000 monks residing here. Next, we move on to Shey monastery. Mostly now in ruins, the monastery used to be the summer capital of Ladakh. The most eye-catching factor of the monastery is the 39 ft. tall Buddha statue in copper and gilded gold. Finally, we arrive at Spituk monastery. The word ‘spituk’ means exemplary. Inside the main monastery complex, you will find the Skudung Lhakhang with its golden roof. This majestic Gompa is also home to a large collection of antique artifacts. You can see this monastery from the far end of Leh airport. Most of the monasteries require you to cross the Indus river. The lunch stops are along the way, where you can dig into thukpa, momos and maybe even some Kashmiri food. By the time we get back to the old town in the evening, you will have enough time to spend your time shopping or sittings in some cozy cafes. Retire for the night.

It’s time to drive up to the Khardung La pass, the highest motorable road in the world at 18,832 ft. It is the gateway to the Shyok and Nubra valleys. Infact, the Siachen glacier lies part way up the Nubra valley. Hence, this pass is important in order to carry supplies to the Siachen glacier. Enroute, you get to see the Leh town and Stok Kangri. Once we reach the top, you can spend some time there. The pass is also one of the very few to be open in winters as well. After descending, you arrive at Nubra valley. It is a beautiful region famous for the Diskit monastery, the Bactrian double-humped camels and hot sulphur springs. The area is mostly comprised of barren land and greenery can be found only in villages. The roads are long and tiring, but they are fascinating nonetheless. You can see miles ahead and ride past the river and several mountains. We check into our luxury tents with double beds and a private bathrooms. The dinner is a buffet set up. Spend the night easing into our new surroundings.

Get ready to venture to one of the most interesting places in the country. Turtuk lies on the India-Pakistan border and used to be a Pakistani territory until recently. Though most of its inhabitants are Muslim, there are a few gompas around, primarily towards the Shyok river. It is also one of the few places in India where one can witness the Balti culture, an ethnic group of Tibetan descent with Darmic admixture. Apricot is a fruit available in plentiful there. You can sample or buy apricot products like jam, dry fruit and more. Shilajit is also abundantly available in Turtuk. Take your time to explore the village. Once we are done, we head towards Hundur where you will find the famous sand dunes. It’s astonishing how there can be sand at such a high altitude. Hundar was once the capital of the former Nubra kingdom and there are several ruined buildings, including the ruins of the King’s palace. We enjoy our evening on the sand dunes, playing around and taking a ride on the Bactrian double-humped camels. We head back to our luxury tents and spend the night.

Today we finally head to the most well-known destination in Ladakh – Pangong Tso, or as everybody knows it as – Pangong Lake. The entire day goes into travelling, so we reach Pangong only by evening. Enroute, we stop by the Diskit Monastery, the oldest and largest Buddhist monastery in Nubra valley. The Monastery administration runs a school, with support from a Non-Government Organization (NGO) known as the “Tibet Support Group”, which has computer facilities and teaches science subjects, in English, to Tibetan children of the region. After spending a while exploring the monastery, we head back on the road and arrive at our luxury camp in Pangong by late evening. We check into our luxury tent facing the Pangong lake, probably one of the best accommodations you would have stayed at. The colour of the water changes depending on the time of the day. It’s beautiful to observe these changes. Behind the lake lies the barren mountains. 40% of the lake lies in India while the remaining 60% lies in China. There are a lot of army personnel in the area due to this. The highest tank battalion is stationed there in case of an attack from China. The lake grew famous because of the movie ‘3 Idiots’, and so you can reminisce scenes from the movie that were shot there. Spend the night admiring the zillion stars in the night sky.

We are one of the few teams that take our participants to Merak village that lies a little away from the camp where you have the chance to take a dip into the lake. The village is a settlement of nearly 30 houses who are mostly nomads that migrated from Tibet. It’s a day of relaxation by the lake and taking in the atmosphere that we won’t easily come across anywhere again. If you are lucky, you might also be invited to sample some local cuisine. We return to our luxury camp by evening and relax the night away.

We drive back to Leh, which again is almost a day’s journey. On the way back, however, we cross a pass called Chang La. This is the third highest motorable mountain pass in the world. The mountains that surround the pass are mostly covered in snow even during summers. We cross over Chang La and start descending down to Leh. The route is breathtaking and unlike anything you can find anywhere else. Once we arrive at Leh, we check into our hotel and spend our last night together exchanging stories of the trip and remembering the good days that went by.

We all depart for our own destinations after having spent a lovely set of day in one of the most beautiful places on Earth.

1. Stay:’ A’ class hotel in Leh with Dinner and Breakfast. Permit to Visit Pangong Lake and Nubra Valley. Luxury Camp stay in Nubra valley and Pangong Lake with dinner and breakfast. Most lunches will be en route and will have to be paid separately on all days.

2. Transport: Transport to and from Airport is Included in the fee. No service tax is applicable on transport cost. Cab to visit all the places mentioned in the itinerary. Airport Pick up and drop.

Read Essentials to know more details.
"Laddakh always has you spellbound. No words can describe this paradise, you have to experience it to believe it" 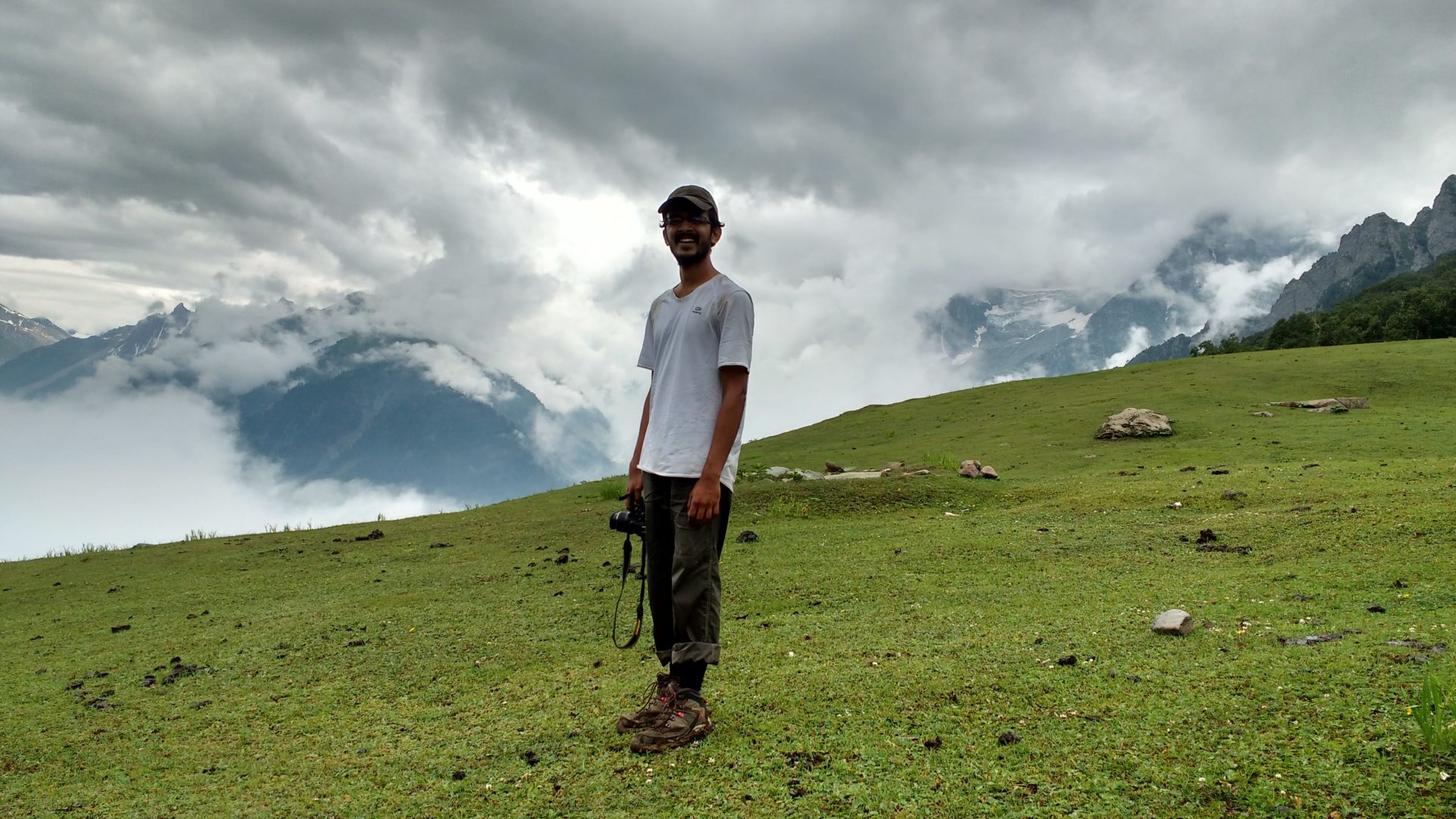