“Far from the madding crowd” – this was the only mantra which gave me the courage to sign up for the Roopkund trek.

A group of strangers (more or less), an untrained body, complete fatigue after yet another academic year – my only inspiration was my innate love for the mountains.

‘What on earth am I doing?’ spoke the little grumpy voice inside as I sipped coffee sitting at the Bangalore International Airport. I took a dumb selfie to send in the Whatsapp group hoping to encourage some friendly conversations while I continuously reminded myself that I belonged to the mountains. No real response. One of them spared a measly thumbs-up. Wow! Such friendly company for the next seven days. Sarcasm poured out of that grumpy voice inside.

The freakish Delhi heat dampened my spirits further. I hated trains! I was positive I wanted to go back but the girls that I met at the airport seemed fun and it was some consolation that the fear and discomfort were mutual. The five-girls-army marched towards the overcrowded Old Delhi railway station to battle the apparent discomfort. Grumbling and groaning we got into our overnight train.

As I stepped out of the train the next morning, I breathed the Kathgodam air. I could see hills. I knew it couldn’t be a mistake. I felt like Bilbo Baggins, it was time I let go of my ‘walking stick’ and raise a ‘sword’ (in a literal sense I did need the walking stick after all). I might grumble again on the way but I knew I wanted this. I knew I’d do this.

What happened for the next seven days is a blur of fatigue, laughter, mountains, pains, and most importantly happiness. Sometimes it feels like it lasted for a few seconds then there are times I think of those seven days and they seem like an entire lifetime.

The initial climb was of course difficult but Roads and Journeys (the company I signed up for the trek with) made it really easy, and as they say – the tougher the climb the better the view. Sharing tents, eating food together, singing songs around the bonfire at Didina (our first campsite) was wonderful. It was the first time that I was tired and I was greedily looking forward to more! 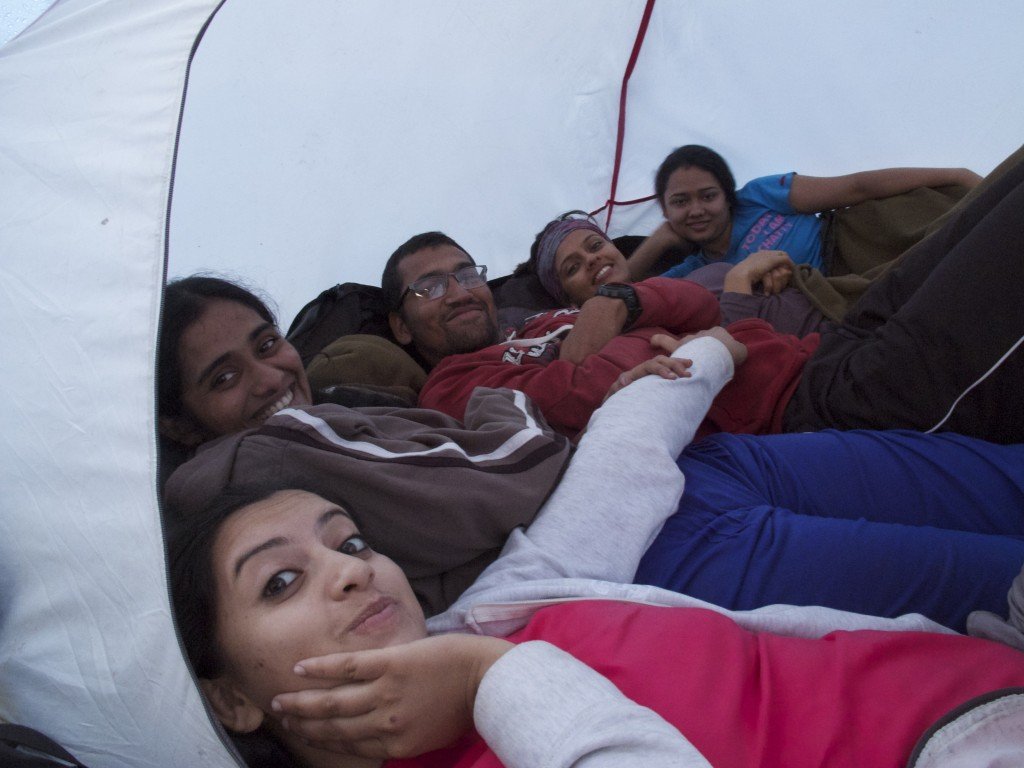 Cramped in the tent during a sudden shower

I had never seen meadows and what a view to start the experience with – the second day’s walk from Ali Bugyal to Bedni Bugyal. The slopes with various shades of green weren’t just mere landscapes – they were a feeling. A feeling you don’t want to ever let go of. 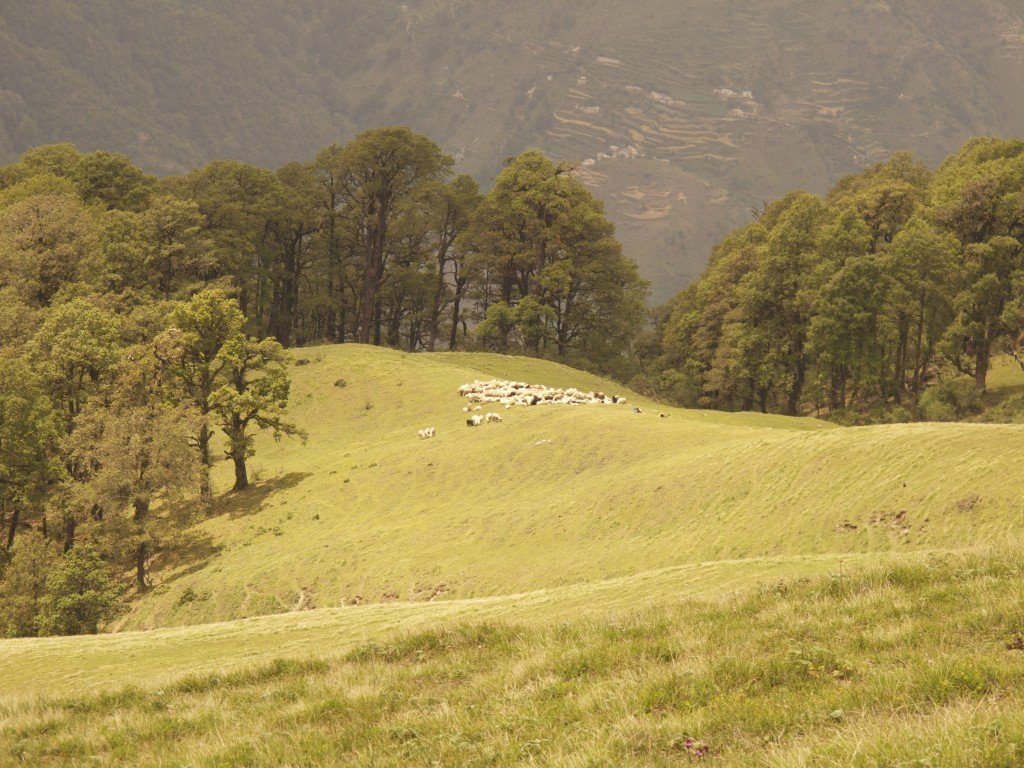 Then came the snow-capped peaks. Wake up in the morning to see those mountains – what more can one ask for? It’s evidently not easy to do a seventeen-hour trek to reach the Roopkund lake and be back at the campsite on the summit day but there was just one question that I asked myself ‘would I have it any other way?’
The reply was that simple overused word – no. 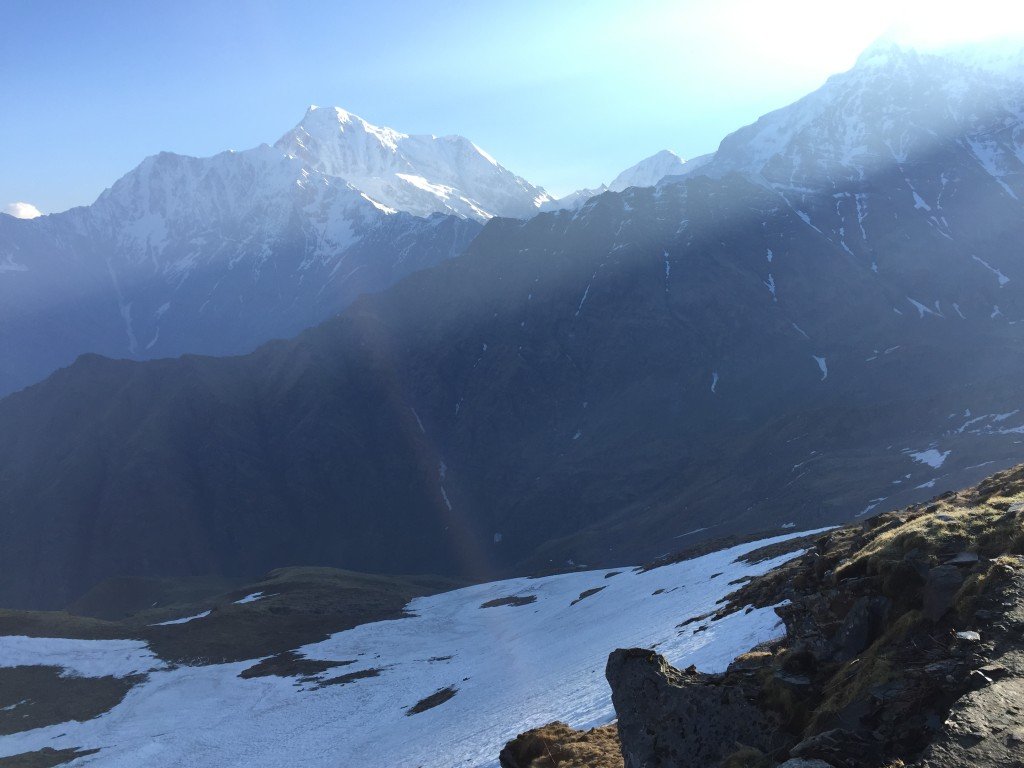 The last day at the campsite passed quicker than we expected. It was tough to let go and I most definitely left a bit of me behind. It’s been six months, I have travelled to three countries after that yet when I find a quiet moment and I close my eyes – all I can see are the sporadic moments of bliss spent on my journey to Roopkund.

‘What on earth am I doing?’ I asked myself as I sipped coffee, completely lost at the New Delhi airport. The cars, the office-going people, the phones- all seemed like strangers as I crossed the city. I wanted to go back… far from this madding crowd. We were stuck to the Old Delhi railway station for as long as possible before we said goodbyes. Trains! I love trains, as long as I have such company. Hugs, exchange of numbers, email ids, promises to meet and of course some not-so-dumb selfies are bits of what I remember from that farewell moment. I made such great friends – the one who gave me a measly thumbs-up and all the others who had decided against it.

‘I want to go back!’ said the same little grumpy voice inside. 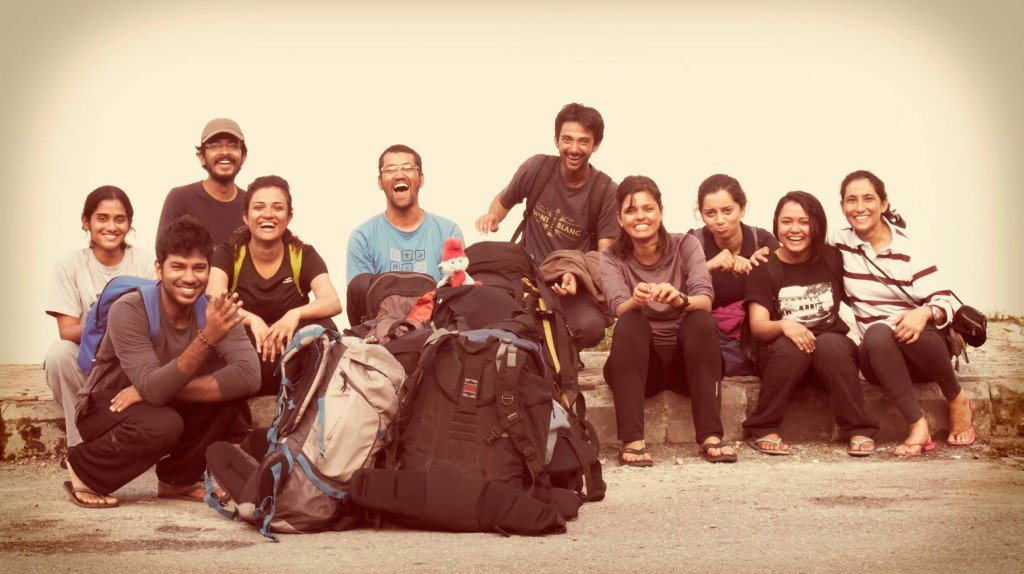 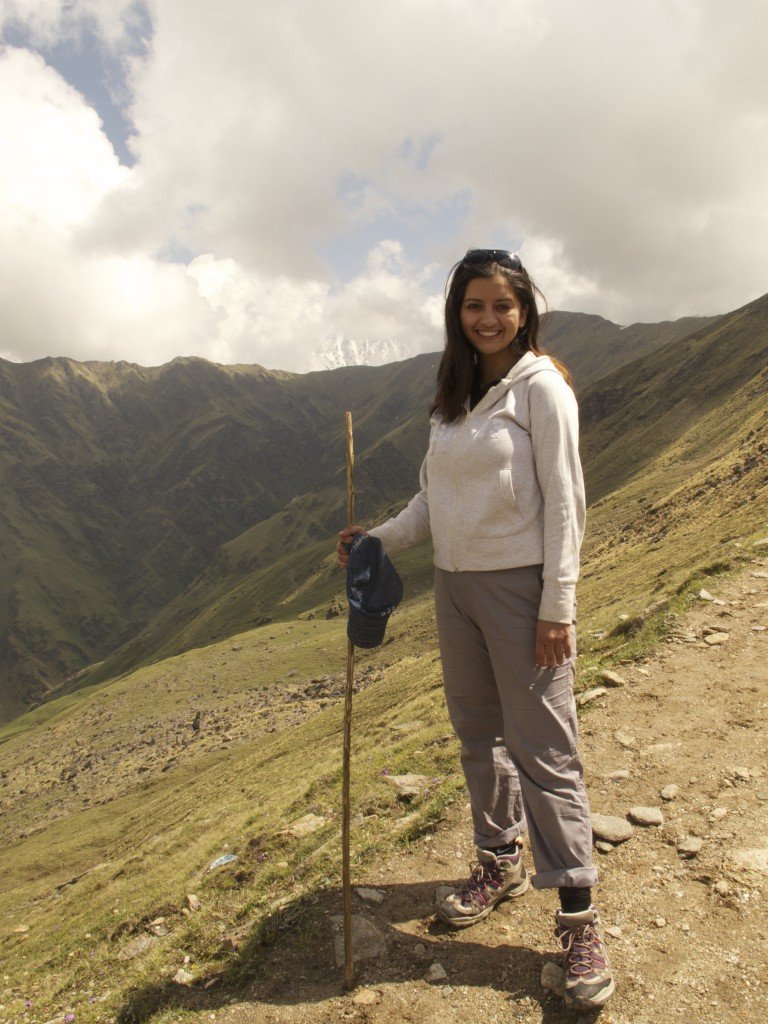 A wild wild trip to Eastern Arunachal Pradesh. The Land of the Dawn-Lit Mountains, Arunachal Pradesh is the largest of the North-eastern states. The state is inhabited by 26 major tribes and over 100 sub-tribes. Read more…

A Hatrick with Rupin Pass The mountains are calling and I must go. I stared at my t-shirt that was saying this out loud to me. It was that time of the year when I Read more…

A traveller writes Appreciating Hogenakkal is like reading a good romantic novel: one tends to enjoy the journey more than the destination.  We were riding on bikes down to this small hill station on the Read more…